Resisting Arrest In Missouri & How To Defend Against It

For every arrest that’s made by a police officer, there is a certain protocol that must be followed and when a person interferes in anyway with the arrest, they are breaking the law.

When most people hear the term resisting arrest, an aggressive and even violent scenario comes to mind, where the person being arrested tries to pull away or even attacks the arresting officer. However, there is more than one way to resist arrest in Missouri. Resisting arrest in Missouri or interfering with law enforcement in anyway is cause enough for a person to be charged with either of the these offenses.

If you have been charged with resisting arrest or interfering with law enforcement, you need to know what you’re up against. In addition to what acts violate these laws and their corresponding criminal penalties, this article will provide general legal advice for resisting arrest from an experienced criminal attorney in Missouri. Resisting arrest is a crime that immediately puts the courts against you, because of this it is of the utmost importance that you get legal assistance from an attorney in Missouri. Defending yourself alone, is not a smart idea if you’re being charged with resisting arrest/interfering with law enforcement. 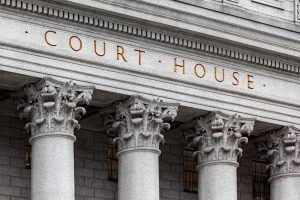 As previously mentioned, oftentimes when a person thinks of resisting arrest they think of physical or violent contact with an officer in order to avoid arrest. However, other examples of resisting arrest in Springfield, MO include running away from an officer after he or she has ordered you to stop or fleeing a scene, as is the case of many car chases. The crime of resisting arrest applies to any and all arrests, stops and/or detentions for any violation of the law. This includes offenses, infractions, and ordinance violations.

A person commits the crime of resisting or interfering with arrest by any of the following:

In order for someone to be convicted of this charge, there must be evidence that shows:

Anytime an individual resists arrest or interferes with an arrest, they will be facing some significant criminal penalties. If a person is convicted of resisting arrest in Springfield, MO, they may face the following penalties: 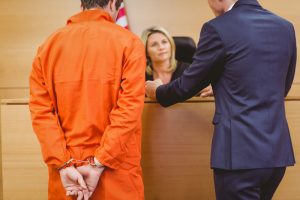 Upon receiving the charge of resisting arrest, the first thing you must to is find an attorney in Missouri that you trust. Just like all other offenses, even if you’ve been charged with the crime this does not mean you are inherently guilty. Retaining the services of an attorney who is well versed in resisting arrest laws in Springfield, MO is your only chance of mitigating the charges against you. Keep in mind, that your attorney’s job will not only be to defend the charges for which you were first arrested, but they must also defend against the unpopular crime of resisting arrest in Missouri.

The attorney that you choose to represent you, will need to understand everything about the case in order to defend you to the best of his or her ability. While every case is different and various factors can impact the outcome and the defense strategy your attorney decides to proceed with, the following are some general defense strategies that are commonly used to fight against resisting or interfering with arrest in Missouri:

If you or a loved one are facing charges of resisting or interfering with an arrest, you need to act fast. Many attorneys will offer free, no-obligation consultations in order for you both to see if the partnership is a good fit. Try narrowing down your search for attorneys who live in the Springfield, MO area and have experience with the courts in which your case will be held. Additionally, if your lawyer knows the prosecuting attorney on your case, he or she may be able to skillfully negotiate with the prosecutor to reduce or even remove the charges and criminal penalties you’re facing.

Your lawyer will be able to examine your case and glean the strengths and weaknesses from the facts in order to create a solid defense strategy.

If you’re ready to speak with an attorney about your case, contact Missouri Legal today, for a free consultation.