“Modern design”, like the term “modern art”, has plenty of connotations. Some are more accurate than others. In this post, we’ll be discussing modern interior design, how it differs from traditional interior design, and a couple of styles that have evolved out of it.

The first thing to understand about modern design is its association with the modern art movement. While many people hear “modern art” and think of paint haphazardly splattered across a canvas, this isn’t necessarily the case. This is especially true for modern design. Modern art was simply a rejection of the rules and standards of traditional art in an attempt to achieve more artistic freedom. Eventually, this mindset made its way into interior design, with some interesting and artistic results.

What Is Modern Interior Design?

Modern design, on the other hand, is all about:

While modern design was originally about maximizing individual artistic freedom, it later developed some hard and fast rules of its own. Modern design focuses on the use of metal, chrome, and stainless steel. This is usually seen with faucets, railings, lamps, doorknobs, table legs, cabinet handles, and even window coverings.

In short, modern interior design is all about making things streamlined and contemporary. 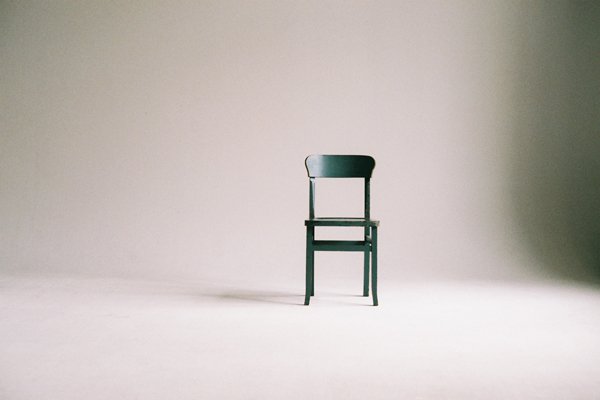 Minimalist design is about giving one a sense of peace and purpose. Rather than a bunch of unnecessary detail, minimalist designs attempt to create a sense of Zen. It focuses on pure utility. That said, there is also a degree of artistic freedom and expression that simply can’t be achieved by other designs.

The furniture in minimalist design is set up in a way that plays with the spatial relationship between objects. It also plays on color relationships. There is no confusing where one area ends and another begins in minimalist interior design. You’ll see stark contrasts between one wall and another – one being painted white and another black. The same goes for objects. There aren’t any unnecessarily large frames between a kitchen cabinet or the shelves inside, in which you’ll find a number of cups that are all the same shape, with perhaps one or two color variations.

Further adding to the sense of stark contrast in minimal design is the use of sudden bright colors to offset the surrounding blacks and whites. These are often used with accent walls, paintings, or a stand-out piece of furniture. Minimalist design also makes use of multifarious materials.

Many people prefer this style because it gives them a sense of peace and simplicity. It also offers a sense of openness, sleekness, and efficiency, which many people crave in this modern complicated world. It allows them to relax and breath.

One of the main attractions to minimalist interior design is its utter rejection of clutter, while also allowing people to easily personalize their living space.

Of all the styles described in this post, this one is easily the most “love it or hate it”.

Industrial design is about using the skeletal frame and raw materials of the building itself as part of the decor. It uses things that normally would have been covered up, including:

That said, the materials involved are also very high in quality and expertly crafted.

Industrial design contrasts the cold, brutalist aesthetic with a human touch. It often uses earthy, grainy woods in contrast with the smooth, polished, lustrous metal of the pipes and beams. In this way, it creates a style that’s somehow both factory-like and cozy at the same time. Steel and chrome accents are often used on light fixtures and various kitchen and bathroom appliances.

The ducts, pipes, and beams used in this design are utilized in a way that brings the structural history of the building itself into the room with you. This has a way of creating an oddly comforting effect, as it makes the inherently human design of the building a part of your living space.

Colors in industrial interior design are very similar to those of modern and minimalist designs – black, white, grey, and other cold metallic colors. However, it also mixes things up with contrasting warm colors here and there, mainly bright reds and deep blues.

The lighting in industrial interior design is often highly focused. You’re likely to see plenty of pendants and floor lamps consistently applied throughout the home or apartment. Track lights are often used as well for atmosphere.

The walls are often comprised of brick or concrete, and are typically worn out and aged looking on purpose. For floors, industrial design often looks great with polished concrete.

Finally, industrial design often incorporates plenty of plant life, adding the ultimate balance between the mechanical and the organic. Plants of all kinds are placed around the living space, usually being medium to large in size.

Overall, industrial design is about making things both machine like and cozy at the same time.

Whether you want to try out any of the above design styles, or feel you’re happy with the tried and true aesthetic of traditional design, Vineyard Blind and Shutter has the window coverings to accommodate your chosen style. If they don’t have it in stock for you, they can order it! They are also a mobile company that can bring their showroom directly to your address, so you can see their window coverings right where you plan to install them, before you buy.