How Music Affects the Brain

When you think about it, music is a pretty strange thing. For one thing, humans are the only creatures on earth who really appreciate it. That isn’t to say that the rare non-human animal can’t comprehend a beat pattern here and there, but these creatures are few and far between. It’s only humans who can really understand and enjoy music, and truly appreciate it for what it is.

Sometimes this enjoyment reaches the level of “transcendent”. Many of us have felt the goosebumps emerging on our flesh, the chill up our spine, and the mental ecstasy that comes with a certain song, or even just a certain part of a certain song. That’s the real mystery: why does it affect us so profoundly?

Most would say, it’s because of our consciousness. Or at least, our level of consciousness. And just like any other area in which consciousness in concerned, the science of the brain provides a plethora of information into the possible underlying factors for how and why music affects our us so profoundly.

The Science Behind Music

There is no scientific explanation as to why we enjoy music. That in itself is an interesting fact. After all, music is ultimately just a series of notes and rhythms moving through time. So why would something so abstract affect us on a visceral, emotional level?

That question has no answer right now. But what we do know is the following music affects every part of the human brain. This includes the higher, more recently evolved areas of the brain that are responsible for reason and abstract thought, as well as the lower, emotional parts of the brain, and even the reptilian parts of the brain responsible for the “fight or flight” instinct. This merging of the “higher” with the “lower” might just be responsible for the sense of “transcendence” that music gives us. Of course, there’s also the basic issue of having the sound played through quality equipment, so you can get a full sense of what the music is trying to convey.

When we look all over the world, we see music being created and enjoyed by virtually every culture. It is an almost universally enjoyed phenomenon. Some people enjoy it more than others, of course, and we all have our own preferences, but music in general affects the brain in the same way.

There’s actually a specific science that studies the effects of music on the brain. It’s called neuromusicology. Studies have been done that reveal to researchers which parts of the brain respond to and process music in all of its aspects, including tonality, rhythm, and timbre (the “color of sound”, so to speak).

Neuromusicology not only gives us deeper insight into how music affects the brain, but also into the inner workings of the brain itself, in all of its structural complexity and dynamism.

Studies involving fMRI (functional magnetic resonance imaging) have shown how different parts of the brain respond to different parts of a song. Computer algorithms were developed to analyze the musical content of the song, such as the timbrel components, rhythm, tone, and how the song evolved over time. Then, it compared it to how the brains of the listeners responded to the song.

It revealed that music affected more than just the auditory areas of the brain, including the:

If music affects the brain, then it stands to reason that different forms of music will affect the brain in different ways. Here’s what we know: 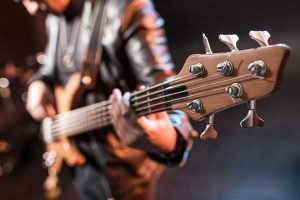 The reason these are all grouped together is because of their shared 4/4 rhythm. This underlying structure affects the brain in a predictable way, due to its predictable beat. With music like this, the mind both hears, has heard, and is preparing to hear, a predictable beat. This generally raises the heart rate and increases one’s energy.

While this one could be included in the above categories, it has its own category due to the fact that it lights up more areas of the brain due to its high level of distortion and sonic density (heaviness).

Many people who don’t listen to metal have questioned why people like it in the first place. Some have explained that it actually helps them relax. This is both true and false. Because of its heavy nature and fast tempo, metal is going to get anyone’s heart racing – that’s the opposite of relaxed. That said, it can have an overall relaxing effect on the listener through a basic sense of catharsis. It also causes the brain to light up with a lot of activity and “boom” with information, which can drown out feelings of anger and stress.

Classical music often creates an odd mixture of relaxation and a dopamine rush in the listener. Classical music activates more areas of the brain than the above genres due to its complex nature and the merging of higher and lower note sections which combine to form new chords and progressions.

Due to the improvisational nature of jazz music, it lights up many areas within the brain, and relies more on the subjective interpretation of the listener. It also often uses a “call and response” technique, which activates parts of the brain associated with language syntax.

Jazz music is open-ended and up for interpretation, so the way one person interprets a jazz song may be vastly different than how someone else interprets it.

How Music Can Benefit the Mind 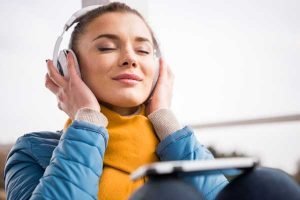 No matter your age, music can enhance your well being. It can make you happier, healthier, and even smarter, especially if you are engaging in music by learning an instrument.