How Do Cats and Dogs Think and Communicate?

Any pet sitter will tell you that dogs and cats both miss their owners when they are away. But they’ll also tell you that they display those feelings very differently. That is because dogs and cats think and communicate very differently. Domestic cats and dogs have been around for thousands of years and they can be found in homes around the world. But despite their common presence in our lives, many pet owners find themselves wondering what their pets are thinking or trying to say. If that sounds like you, you’re in luck. In this post, we’re going to take a closer look at how dogs and cats think and communicate.

How Dogs Think and Communicate 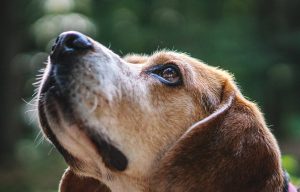 Let’s start with man’s best friend. Like humans, dogs are social creatures and they display their affection in ways that are obvious to humans. That’s probably because dogs have many of the same brain structures and chemicals that humans do. For example, under positive stimulation dogs’ brains will produce oxytocin, a chemical associated with love, trust, and connection. People produce this same chemical when they are happy.

Of course, you shouldn’t interpret this information to mean that dogs think and feel the same way that humans do. After all, they are far simpler creatures than we are. You’d do well to estimate their emotional level as being similar to that of a toddler. In short, experts have found that dogs tend to experience simple emotions but do not have the capacity for more complex emotions.

If you feel like your dog is showing signs of guilt or pride, it’s highly unlikely. What you may read as guilt is probably fear that results from remembering past punishments for similar actions. What you may see as pride in retrieving a ball is probably pure, simple joy in playing fetch with you.

Dogs Can Smile and Laugh

Speaking of joy, you’ve probably wondered if your dog is smiling or laughing from time to time. The likely answer to this question is yes. Canines display happiness with their facial expressions just like humans do. Their jaws will open slightly and their tongue will droop. This is often accompanied by their eyes taking on a teardrop shape. A canine grin is a wonderful thing to see. Some dogs will even laugh when they are extremely happy. The sound is similar to panting but covers a broader range of frequencies.

Another similarity dogs have with humans is that they dream. Studies have shown that dogs have the same brain-wave patterns as people do when they sleep. They also exhibit a lot of the same electrical activity. Because of this — and behaviors observed while dogs are sleeping — it’s safe to assume that dogs dream. What do they dream about? Probably the types of things you’d imagine: stalking prey, playing with their owner, running form a predator, or something similar.

Yes, dogs display dominance — just like humans and most other animals. Partly due to their nature as pack animals, however, dominance is often very pronounced in dogs. Some training methods say that proving yourself dominant to your dog is critical to making them pliable. If you feel that those training methods are for you, you should be very aware of one simple fact: dominance is not the same as aggression or bullying. You should never be cruel or hurtful to a dog during its training in the name of “dominance.” It will simply make you look harsh and make your dog fear you, not respect you.

How Cats Think and Communicate

Now let’s take a look at our feline companions. Cats, unlike dogs, think very differently from their human companions. Those differences can lead to people thinking cats are indifferent, aloof, or unloving. Cats have been shown to have just as much affection for their owners as dogs, but they show that affection in very different ways.

Because cats brains aren’t similar to those of humans, understanding of how their brains work is more limited. However, observation has shown that cats are definitely capable of feeling various, simple emotions. Despite their rather stoic expressions, cats show clear signs of emotions like:

Cats Can Be Trained

Most people think that you can’t train a cat, but they are wrong. Cats are very intelligent and can be taught to do almost anything a dog can be trained to do. The trick is to find out what motivates the cat so that you can reward it for “good” behavior. Unfortunately, the motivations of dogs and cats are very different. 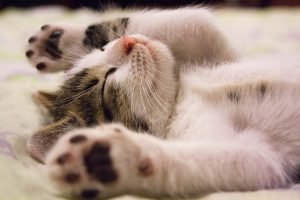 Another common misconception is that cats aren’t as affectionate as dogs. Each animal shows affection but they show it in vastly different ways. Below is a list of some ways that a cat may show affection for you.

We’re going to share one last thing you should know about how your cat communicates. If a cat turns away from you and lays down, it isn’t ignoring you. Cats are naturally both predators and prey, so they are very aware of their environment. Turning away from you shows that they trust you completely but feel the need to check out their surrounding.